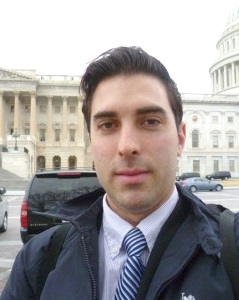 I’m a freelance journalist and analyst currently based in Brazil. I’m originally from Western Canada.

Previously I’ve reported from the Middle East, eastern and western Europe, the Caucasus and North America. I also wrote a book in 2021 entitled Cultworld.

I covered the US presidential primary in New Hampshire in the summer of 2015. Prior to that I served as managing editor of The Enterprise-Bulletin weekly newspaper in Collingwood, Ontario, Canada.

I also taught English in Georgia in 2012 while shooting the documentary This is Georgia.

In the relationship and self-development category, I also contribute to Ideapod, Hack Spirit, Nomadrs, Love Connection and The National Council for Research on Women.

Journalism has taken me into a lot of interesting places and situations, including sporting events, economic discussion panels with neoliberals in Washington, DC, gatherings of white nationalists in Hungary and Hasidic pilgrims in Ukraine, press conferences with Donald Trump, around separatist regions in the Caucasus, through muddy jungle roads in the Brazilian Amazon during the COVID pandemic, mingling in crowds of hundreds of Elvis Presley impersonators in central Ontario and to rodeos in small town northern Canada where the opening act was lighting the ground on fire.

If you have a tip, question or comment e-mail me at paul.rowan.brian@gmail.com or tweet me. You can also connect with me on LinkedIn and take a look at my YouTube channel.

Also don’t forget to sign up for my Substack newsletter the Tales of Paul Pablo Paulo.